You know what’s criminal?  I’m in the heart of Texas, and I can only get ONE country music station on the radio.  ONE!  Back home in Michigan, I could usually raise three on the car radio, but here, down in the south, down in the middle of where you’d expect country to be king… just one.  Oh, there’s a Mexican polka station, but it’s just not the same. 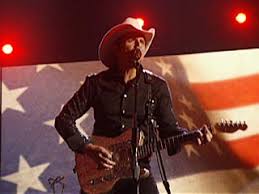 Apart from that, Texas is pretty decent.  Things are starting to cool down, now that Fall is coming. (89 on Monday, WOOO!) and things are starting to settle into a routine, with classes here and all.  Still haven’t gotten a schedule for the people I’m supposed to tutor (which is largely my fault), but got all my classes and events in a row, so that’s nice.  Starting to get to know the people around here too.

Labor Day is not such a big deal for me, because I have no classes on Monday and maybe three hours of work.  Actually, in general I have a pretty lazy schedule–my earliest class is at 2pm, and it’s only on Wednesday, when I have a 9:00 staff meeting, that I actually have anything to do before noon.  Former college students will recognize the sort of schedule that this drives me toward.  I’m working to force myself into a more decent schedule where I actually GET UP around 9, but so far have had limited success.  We’ll see.

I’ve actually gotten a surprising amount of writing done, as I’ve had a fair amount of spare time in the evenings, with just enough work to make me feel industrious.  Of course, now that homework assignments are REALLY starting to take effect, it won’t be long before that disappears.  But for now, it’s just nice.  Maybe if I make the most of the time I have I can actually FINISH one of those original pieces I have and see how it fares against actual criticism.  You know, instead of goofing off all the time.

Last week (when I didn’t publish a blog) I went down to visit an old college friend of mine, and we went out to see the recent movie, Cowboys and Aliens.

Really there’s not a whole lot to say about this movie, it’s pretty much exactly what it says on the poster.  Cowboys.  Aliens.  And Daniel Craig fighting alongside Harrison Ford, for geek points.  Oh, some Indians get mixed up in there too, but mostly it’s just the cowboys taking on surprisingly brutish aliens.  There’s some political subtext going on–the aliens essentially want to take over earth for the gold–but mostly it’s just Western ridiculousness.  Shooting down UFOS with pistols.  Lassoing aliens.  JOUSTING aliens.  Throwing dynamite at aliens.  A good fun action movie.  Fitting, right?  I’m in Texas and I watch a movie about cowboys.  Pretty much what you’d expect.

Of course, you’d also expect me to be able to listen to country music.  I blame the college for that one.

I’m a big country music fan, probably as a result of working on a gladiola farm for a large part of my life.  As my brother has commented once or twice, it’s kinda unusual for an academic-type like myself to get into songs about beer, trucks, and women; especially given my lack of experience in all three.  But hey, a lot of country music is a lot more deep than you’d expect.  Full of messages like lamenting the emasculation of culture.  Some are even just quiet statements of philosophy about life in general.  Usually a stoic one.

Which is not to say that country music doesn’t have it’s fair share of songs simply about drinking or women.  But given modern music in general, how surprising is that?  What more would you expect out of most rock music?  Or rap? Like everything, you gotta exercise some discretion with these things.  And actually, a lot of country songs are surprisingly religious, for coming from secular artists.  True, it’s usually religious in a general sense more than anything else, but even so.

Country music is in general a somewhat amorphous category.  It’s changed a lot since the old days of Dolly Parton, Kenny Rogers, and Barbara Mandrell.  (And Johnny Cash, but Cash is so awesome as to merit his own category)  Today’s country music more closely resembles rock music in tone, due to it’s heavy use of drums and electric guitars.  So why do we still call it country music?  Partly because it still has that infamous southern twang to everything, partly because it follows the same predictable themes.  But what really unites and defines Country music is… well, let’s let them tell us.

Most of the time, Brad Paisley strikes me as fairly ridiculous.  Smooth-shaven, perfectly clean, and sparkly shirts.  SPARKLY SHIRTS, for crying out loud.  The man’s a good musician and an excellent entertainer, but as a redneck he fails.  But in this case, he hits it right on the nose.  Country music is about everyday life.  It’s about the struggles and trials of everyday people and how they respond to them.  By the way, Brad Paisley is not the first to say this.  Country musicians everywhere recognize how the genre reflects the practical matters of life.

Which perhaps is why I, as an graduate student, enjoy them so much.  I read about high-flying abstract theories all day, it is a real relief to listen to very concrete depictions of life on the radio (which again, is not as easy in Texas as it was in Michigan.  ARGH.)  Mikhail Bakhtin the historian, who I wrote a paper on in college, lamented the deep divide between the concrete and the abstract in life.  Perhaps this is just my way of bridging the gap.

Whatever the reason, I still love country music, and probably will continue to do so, for the foreseeable future.  And even if I can’t raise it on the radio, the internet (as this blog post demonstrates) still carries plenty of the great old songs I love.

2 thoughts on “Hardships and Joys of Life”