Everyone in his life has always seemed to hate him. Chad doesn’t know why. He never can do the right thing to please anyone. He doesn’t understand what he’s supposed to be guilty of, or why everyone assumes he’s so dangerous. When a friend tries to shoot up the school, Chad smashes through a brick wall in the fight to stop him. And then he knows.
Descended from the race of the half-angel Nephilim, Chad has gained massive strength, quick reflexes, and varied strange abilities. Once, his ancestors were kings, Templars, demigods; ruling the Earth with cruel indifference. Now, their descendants are imprisoned on the most remote location in Alaska—Attu Island, hundreds of miles out in the ocean.
Up against the camp’s guards, the fatal Alaskan weather, and even his fellow Nephilim campers, simply surviving is a challenge for Chad. He doesn’t want to die at the camp, but at the frozen edge of the world, can even an angel escape? 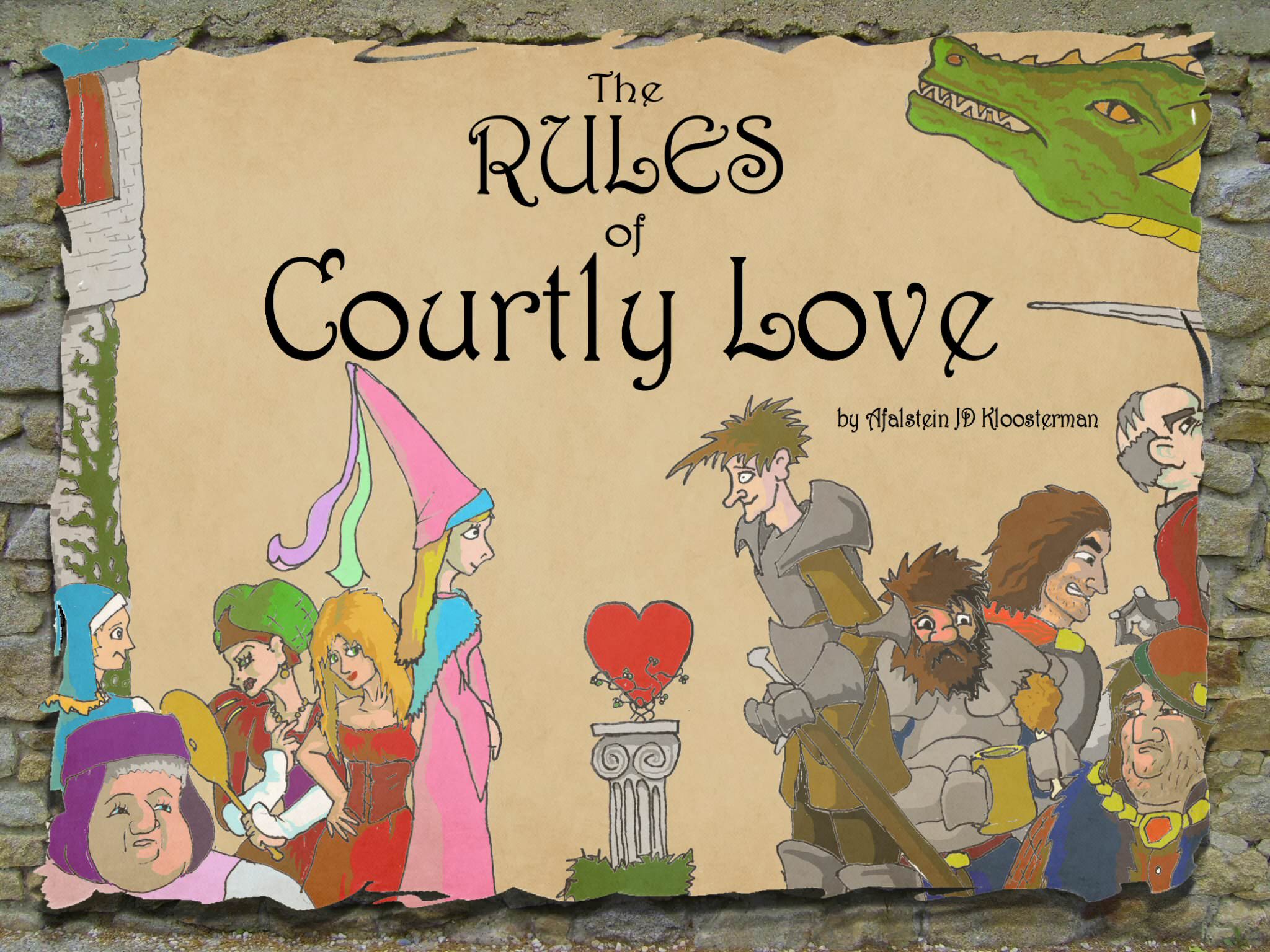 Available from Amazon Kindle for only 3.99–or free if you have Amazon Unlimited.

Everyone knows about the famous medieval stories of courtly romance, but what were the “rules” that these stories actually followed? Here are the original 31 rules of courtly love, as taken from the medieval text “De Amore” by Andreas Capellanus, illustrated in clear, easy-to-understand graphics telling the story of a knight and his lady.