Ordinarily I would title this “ENG 5310 Readings, Week 5.”  But my classmate’s wittier blog titles have shamed me into something approaching creativity in my blogs.  From now on I intend to use titles that actually give a sense of what I’m going to talk about.

So.  I quite enjoyed this week’s reading, Shimmering Literacies by Bronwyn Williams, for its scholarly examination of the intersecting nature of popular culture on the internet.  From forums to unofficial wikis to fanart to fanfiction, any element of popular culture now has thousands of facets readily available for access by the newbie to the fandom.  Granted, Williams is a little late to the party–I discovered this way back in highschool when I found Legend of Zelda fansites that combined fiction, art, and forums with a detailed catalog of the official games.  And every one had links to at least five other sites just like it.  (On an unrelated note, started playing Legend of Zelda again this weekend.  SO many fond memories.)  At the time it blew my mind, but it was old news even when I discovered it.

To some extent, then, it could be seen as slightly pretentious of Williams to be “studying” a subculture as if it were a foreign culture–to be analyzing something he could so easily experience.  But to be fair, even as fast as the internet makes things, it still takes a while to totally pick up on the intricacies of forums and fiction, and “experiencing” a culture does rather limit your understanding of it to a single perspective.  And honestly, I’m so happy to see the online culture getting SOME academic attention, I don’t particularly care if it is a little arrogant in its handling.

I’m a big fan of the internet culture, and now whenever I discover a new show/book/videogame, I generally spend some time AFTERWARDS looking up all the different fan aspects of it online.  I did this in depth this week to fully develop something called a “Pearltree” as part of a project (for this same class, actually) to demonstrate the intersecting nature of online culture, and it’s truly incredible to see all the different aspects and how they fit together. 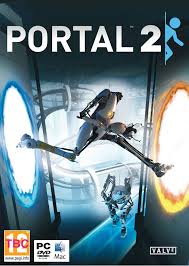 I’ve talked about this game before, Remember? (photo credit HalfLifewiki)

I’ve really taken to fanfiction, as anyone who regularly follows this blog knows, and I really enjoyed Williams’ analysis of the different subtleties involved in reading, writing, and reviewing fanfiction.  Nobody pretends there’s anything new about fanfiction–the Aenid is a fanfic of the Illiad.  Another presentation I’m doing this week, on Henryson’s Testament of Cresseid, is a fanfic of Chaucer’s Troilus and Criseyde, which itself is a fanfic of Boccaccio’s Il Filostrato, which is a fanfic of an earlier work. I’ve heard Milton’s Paradise Lost described as “a fanfic of the Bible that became so popular it was considered canon.”

I’m running out of words to talk about this, but the point is I really enjoy the fan culture of the internet, and I really appreciated at least one scholar treating it seriously.  Even the humor site Cracked understands that fanfiction and the fanculture has a large amount of influence on the real world, and it’s high time academic writers realized it too.

In a lot of ways, the book got me thinking about how I myself would employ the fanculture in the classroom.  I’ve come up with a number of ideas–holding an in-class forum, assigning a recent popular book and requiring the students to debate on a public forum–though of course I have little teaching experience and have no conception of how exactly I would implement it, or whether it would work if I did.  But after reading Williams, I’m fully assured that it is important, and feel compelled to make the effort.

One thought on “The Fan Culture”